And their next target is... Jemini!

When Jemini's wormhole device scrambles her destination, she finds herself facing an enemy any traveler would run from... across galaxies AND times! Korin, Maegwyn, and the MechQuest team have joined forces with Ghost and J6... and the next explosive (literally!) mission in the March of the Shadowscythe finale is almost upon us! 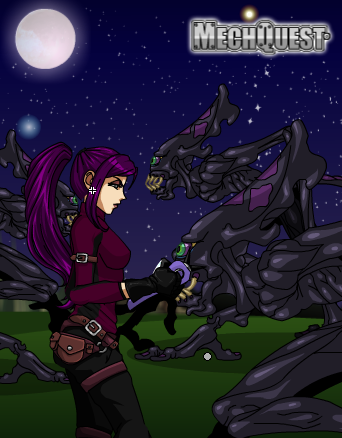 I gathered some shots from the cutscenes Ghost is working on* to bring you just a couple sneak peeks! And whispers around the Lab say that the man in the paper mask is poised to make an appearance very, VERY soon! (And you know what THAT means!)

Prepare yourself, pilots, because you're about to battle something that NO sane student (or Master, for that matter) would willingly face. And you'll need to win... or the Universe bites the big one!

* Backgrounds will change; they are not quite done.

Upon the winds you will find a whisper of doom, "Grimskull is coming." We thought he was just something the Paladins thought up to scare the young Knights in training. The slight possibility he could be real sends a shiver down my spine. 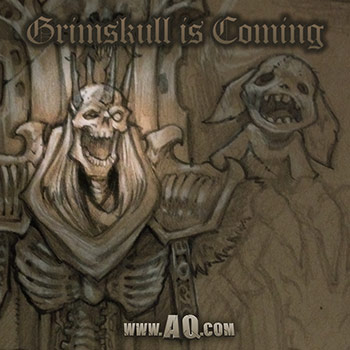 The rumors say Grimskull is coming... but if the stories are true, it will not be this week. It will not be when you expect it. It could happen at any time, any place... all that you know is it WILL HAPPEN. When it does, it will happen in AdventureQuest Worlds.

Planet Lagos will NOT Surrender

In the exosphere, where planet meets space…

Bursts of white-red-orange flare, their blasts lighting up the night sky. Soundless explosions rock the unforgiving battlefield above Lagos.  No screams ring out, no unsung heroes flee in fear. There is nowhere to flee TO, not when they fly miles above Lagos, fighting for their lives AND their home against the Shadowscythe. 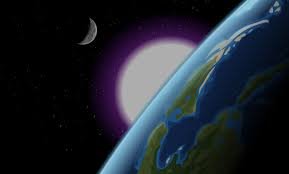 On the planet below…

The young boy kicks a rock off the cliff. 1…2…3…4… He cannot hear the thud as it lands. He kicks at the ground until a clod of dirt rips loose. He kicks that off the edge, too. He frowns, and turns his attention to the hard-packed clay runway below. Even up here, on Freedom’s Bay Cliff, he can hear the roar of fuselage engines as the prep crews’ shadowy figures prepare the ships for takeoff.

They would leave him, just like they left him before the Battle of Crow’s Nook. They always left him! His father, his brother… it wasn’t FAIR. And he – he didn’t know if they’d be back. Not THIS time. Not with how –

He sniffles. Wipes his nose on a ragged sleeve, torn earlier that day as he raced through the high hills up to watch the first fleet of ships depart. HE would wave goodbye even if no one waved back. Someday HE would board the ship. HE would blow the aliens out of the sky FOREVER! Then, maybe… 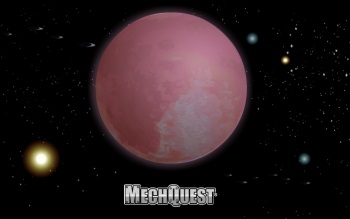 "Oh!" He jumped at the hand that thumped down on his shoulder.
"Boy.  You can’t spend your life staring at the stars if you want a future exploring them. Get back to your Nana. She’s made fishloaf and greens –"
He mutters, repeating the end of his Nana's favorite saying. "An’ I won’t grow up to be a pilot if I don’t eat my greens…"

His grandfather smiles down at him, then turns his face towards the sky. A shower of comets rains down, remnants of a ship that didn’t fly fast enough.

"Is – is it one of ours?" He can’t quite get the words out around the clot of dread rising in his throat. "Is it Bre –"

His grandfather shakes his head. "I can’t tell from here. You know that."
"But…" 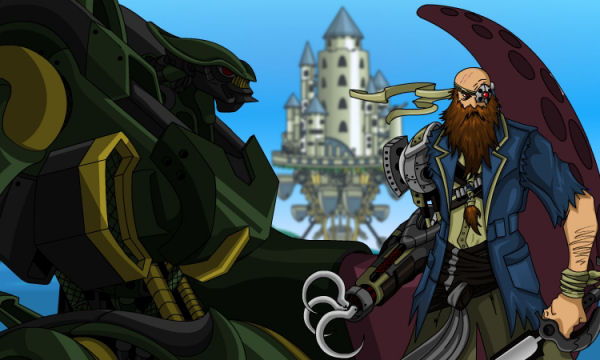 "Your brother is up there. Somewhere." His grandfather’s trembling arm raises high, brown and wiry from years spent hauling nets at sea. "And we won’t know where he’s been or what he’s seen until he comes home."
"But he… WILL come home?"

The Future of the Universe is in Your Hands

His grandfather kneels down next to him, pulling the young boy close. Even up here, the air is thick with ship exhaust, the screech of metal on metal, and the cries of crewmen shoving to board the great transport ships. The war-weary elder sighs, remembering days before the war. Before the young ones had to board ships bound for space instead of for sea.

His grandson scrubs at eyes too dry for tears.
"I won’t lie to you, boy. But I WILL tell you that your father fought bravely. He risked everything to make sure your momma and her babes would grow up free from fear. Safe.
"And now your brother fights that same war. The same enemy. ALL of the young men and women down here – and all those up there – are fighting to make sure we stay safe." 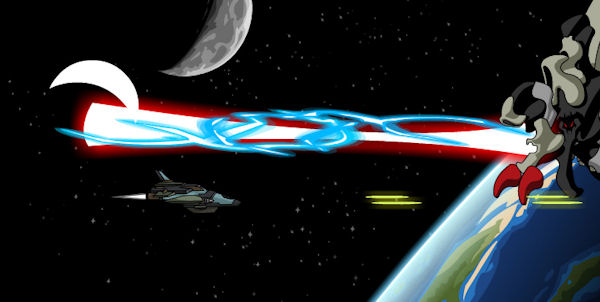 The two stare, transfixed, as explosions blossom and fade overhead, dying in a furious blaze of white-hot glory. A tear rolls down the boy’s cheek as he vows to himself that someday, someday HE would make the Shadowscythe share his pain. He does not speak as his grandfather hugs him close.

"There is only one universe, and if the Shadowscythe control ANY galaxy in it, we will have no refuge. No home. They will not leave us in peace, and we will not surrender. Your father knew that. So does your brother. So do you.

"What the sea cannot tame, the Shadowscythe will NOT conquer!"

Note: These story Design Notes do not hint at where YOU will battle next in the MechQuest finale. But this conflict spans ALL the planets, and it is good for a Hero to know what battles are fought in the far-flung corners of the universe.
Remember: while you fight bravely, others wait and watch and hope for your victory!

The new springtime look of Soluna City is here! Practel did the decorations (I made the blooms) and he melted all the snow. And did you find who it is that has a flower tucked perkily behind one ear? (Could there be more than one?)

Please join the MQ team in wishing Lyris a happy birthday (almost missed it... I really need to change my calendar settings to alert me in advance...) Happy Birthday, Lyris!

Last chance for the O.ops: The 5000000 credit O.ops Clover Shot will be available in the shop button in Soluna City for the duration of the weekend. It is available for all players to purchase (as long as you have enough credits) and has received a buff - if you are a Star Captain, it now does the Star-Captain- powered specials.

Small bugfixes: the Arthuria vs. Pirate (AvP) war quests should now give all the credits you earn.

Working on a very exciting quest that you'll unlock at the Queenadent's War Camp - most likely we'll have it ready for next Friday (the 26th).

Have a great weekend, and Battle On!

MechQuest's "End of the Galaxy"

This morning I met with members of the team for Mechfast (the most important meal of the day!) In addition to eggs, bacon, grits, coffee, pie, and ketchup... I had a copy of the MechQuest's "End of the Galaxy" script.

Korin & Maegwyn (The co-leads of MechQuest) and I have revised and improved the script a lot over the past two weeks.  We were showing it for the first time to Warlic (who was the former MechQuest Lead before he programmed OverSoul) and Alina (AQWorld's co-lead). Warlic read this final script for the first time. He put down his coffee cup, looked us square in the eyes and said, "This is wonderful. Absolutely wonderful." We all smiled and nodded in agreement. So my friends... as of this post, history is starting to unfold. We are just 5 releases away from the "End of the Galaxy."

Writing the perfect script to tie all of the seemingly unrelated stories in MechQuest into one, final, epic confrontation against Lord Valoth's Command Fleet was hard. But building these 5 releases will be a lot harder. MechQuest's small team does not have enough people to do the art and animation required for the HUGE 5th and final release. Needless to say every artist and animator that worked on MechQuest is coming back to help... and many more members of the team are volenteering to take on the extra workload. The final cutscene and battle will be the combined efforts of J6, Ghost, Arklen, Oishii, Jemini, Korin, and more. It really feels like we are doing this right. "If you are going to go out... go out big!" Play MechQuest and get ready for the big event!

Read everything we are working on at Artix.com

Rainbow Raid Incentive! As we had some server issues over the weekend and considering that I meant to publish these DNs earlier this week...

...we have extended the timeframe for the O.ops version of the Clover Shot to get its extra power. Sorry about that inconvenience! You now have until midnight Saturday 13 April - so that gives you all day Saturday to get the war meter to 100%

If you pick up the new ShadowScythe T-shirt from HeroMart, your FREE MQ promo item is the Front Arm weapon called Doomblade 3013. It fits nicely on the Sepulchure mecha models. You can still pick up a version of the Sepulchure mecha from the Mysterious Stranger in Soluna City East (for Nova Gems).

The CyseroBacon T-Shirt is also available at HeroMart, and here are the specials for the promo Back Arm that comes with it - the Bacon Shooter.

Story Button Revamp in progress: We are in the process of making the Story Guide easier to access and setting it up to help navigate you through all the areas of the game in a logical progression. This should make it much less confusing for those who still need to get caught up with all the quests for access to everything in the massive Shadowscythe Invasion quest chain that is developing in Queenadent Odessa's War Camp area.

To those who ARE caught up, we appreciate your patience as we continue to put together all the elements of this exciting story arc! Artix himself has written some exciting scenes - hold on to your Space Helmets, because you're in for a wild ride! The next NEW installments are under way for release in the weeks ahead.