Happy New Year! To ring out the old year and ring in the new, we've added some new Candy Cane themed Partizan Energy Blades for everyone, and also some Starship Items for Star Captains. Go to the Frostval Replays button in Soluna City Main to get to the new shops.  (Honestly I would have liked to do more, but I'm glad to have a few new things ready for you. I hope you've been enjoying all the year-end and New Year gifts and purchasables we've been bringing you!)

WAR! This was originally to be the Practel vs. Korin war, and it is undergoing some design modifications. Here's a note from Practel

I've been lurking the forums for some time and feel like I owe you guys an explanation to the Practel vs. Korin war. To get right to the point, the PvK war in its current state will not be released. Instead, another war will occur in its place. While I'm confident you guys will enjoy the new war, I hesitate to release information about it at this time. I believe part of the issue with the PvK war was that I announced it and hyped it far too early. A war is a huge project to undertake, and it was a mistake for me to want to do most of it by myself. While I genuinely wanted it to be a learning experience, I did not realize the amount of work it would take to make a great war. Furthermore, launching a huge-scale project only 2 weeks before school started for myself and some other team members was a big mistake. I couldn't commit to the project, which as a result, delayed it indefinitely.

While I know a few of you may know this, 2 months ago I left all of my Artix Entertainment responsibilities to focus on my school work as well as pursue new experiences and opportunities within the video game industry. I left Artix Entertainment and the MechQuest team with full support from my co-workers. Our team leader, Maegwyn, fully supported my decision and stressed that school must always come first. I miss the team a whole lot - they are a great group of people, and I'm extraordinarily happy I was able to work with them for so long - but I worked as a volunteer at AE for 2 years, and it was time for a change. I suppose I should have offered this explanation 2 months ago instead of now.

The team is a group of extremely talented people, and I know for a fact that they have some great ideas that they are excited to share with you guys soon. While the team may be small, they are full of ambition and desire and will get the job done.

I suppose I'll see you guys around later on, but if not,
Battle On!

The 89.7 GJNK Incidents Continue: Blade and ACW0 have a funny storyline cooked up so you will want to tune in for this!

Gark II: The dangerous planet of Gark holds more adventures in 3014, as promised.

Liath: The ends you thought were loose and dangling were just put on hold! There is more to discover.

AND MORE. As we firm our plans, we'll continue to reveal them!

Thank you all so much for playing MechQuest - your support and enthusiasm is contagious! Wishing you a healthy, happy, and adventure-filled New Year!

Happy Holidays from your video game family here at Artix Entertainment! Even when you are not on our servers, you are still in our hearts. We have done so much together this year and made so many great memories... and we could not do it without you! 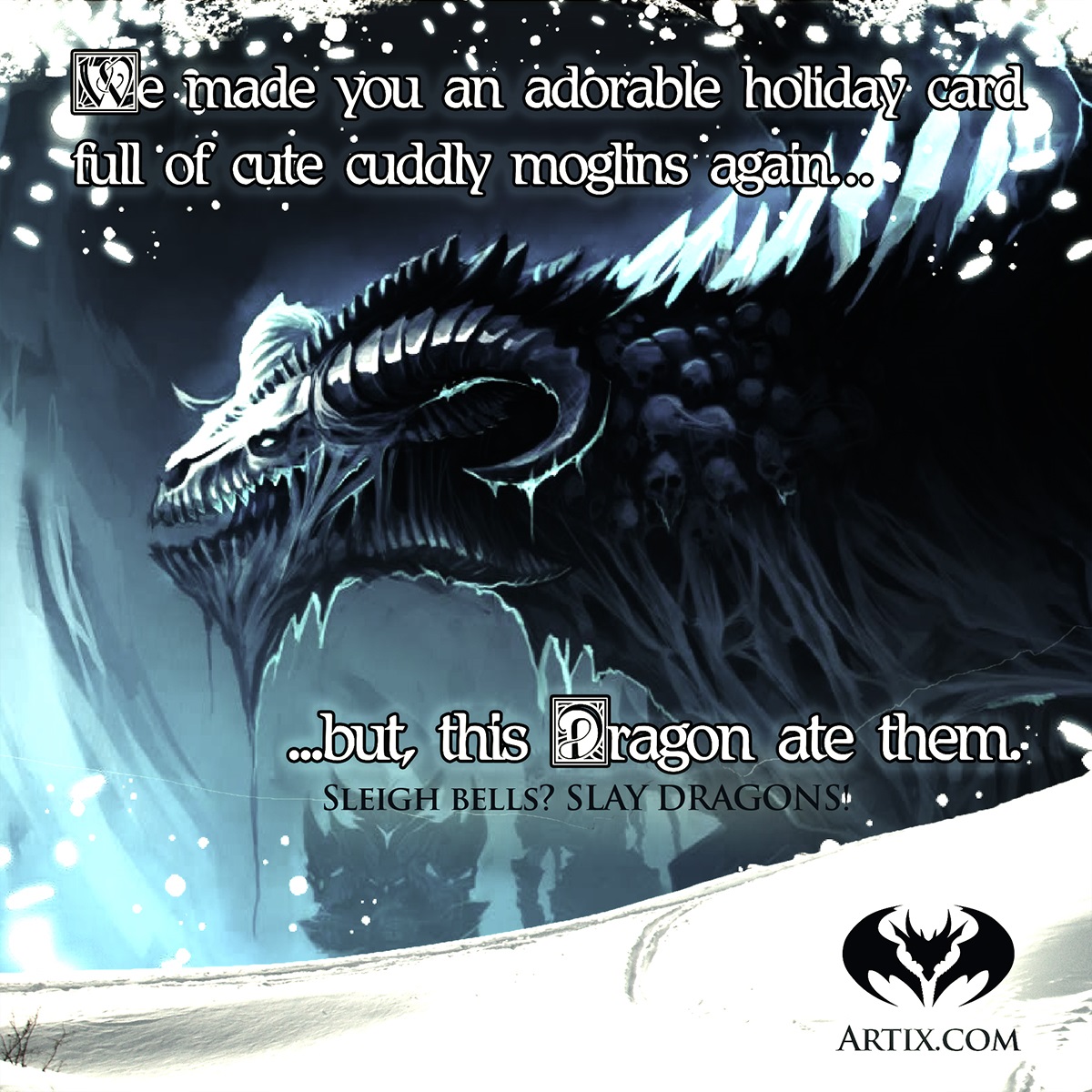 Cyber Someday and The Junk

The Green Starflash blade and the Blue Light Special are both Blade's artwork. Plasma Charge did the Cyber Slasher and also spent some time teaching Blade (and me) how the special magic attack is set up for e-blades. It pulls a completely separate file for the magic attack animation and uses very specific coding to make it all work together. So it's more time-consuming than a standard blade (but less complicated than a mecha weapon) - now that more of us have some familiarity with the inner workings, we'd like to start bringing you new magic attacks.

You're probably interested in the new shoulder specials. These are set up with Star Captain damage-per-turn (DPT) numbers, and if you are a Star Captain you unlock bonus specials. Specials designed by blues and coded by Vivi, so let's hear from blues:

Here´s the specials: All last til end of fight, everything caps at 50

Thanks, blues! Also a special thanks to Gianna Glow for helping test.

The Junk: 89.7 GJNK is now on the air at last! See Parma John to get a little bit of further reveal. There's still more to the story coming - and ACW0 (who you may know from the forums, twitter, or in AQWorlds) has been writing cutscene script with us, so you have a lot more to look forward to! Did you know that this story idea initially came from Blade, who has also worked up a soon-to-be-seen NPC along with some... modified NPCs...

Yeah, the team is having fun with this! I know it's taking longer than I feel like it really should, but we will probably pick up more speed as our momentum gets underway & we hit a new stride.

behind-the-scenes: Getting the radio to work... it works just fine as a Starship Item, but getting it to work as a clickable radio in a town or quest file was super-problematic. Either it became unclickable, or resulted in an endless 0% loading, and even the mostly-workable solution using the standard music loading procedure still breaks the on-off toggle switch. It must just be inherently Evil somehow!

Also I just realized that after spending many, many hours fixing the replay of Turkageddons past, I did not set them up as playable for you. Better late than never, so that'll come later with more of the Winter Holiday stuff! Mogloween will leave next week, and Tek's Birthday Party will also end for the year. We've still got Flavescent Friday coming soon as well!

Oh! before I forget: Galanoth reminded me to mention this:

Thank you all so much for playing MechQuest! Have a great weekend!